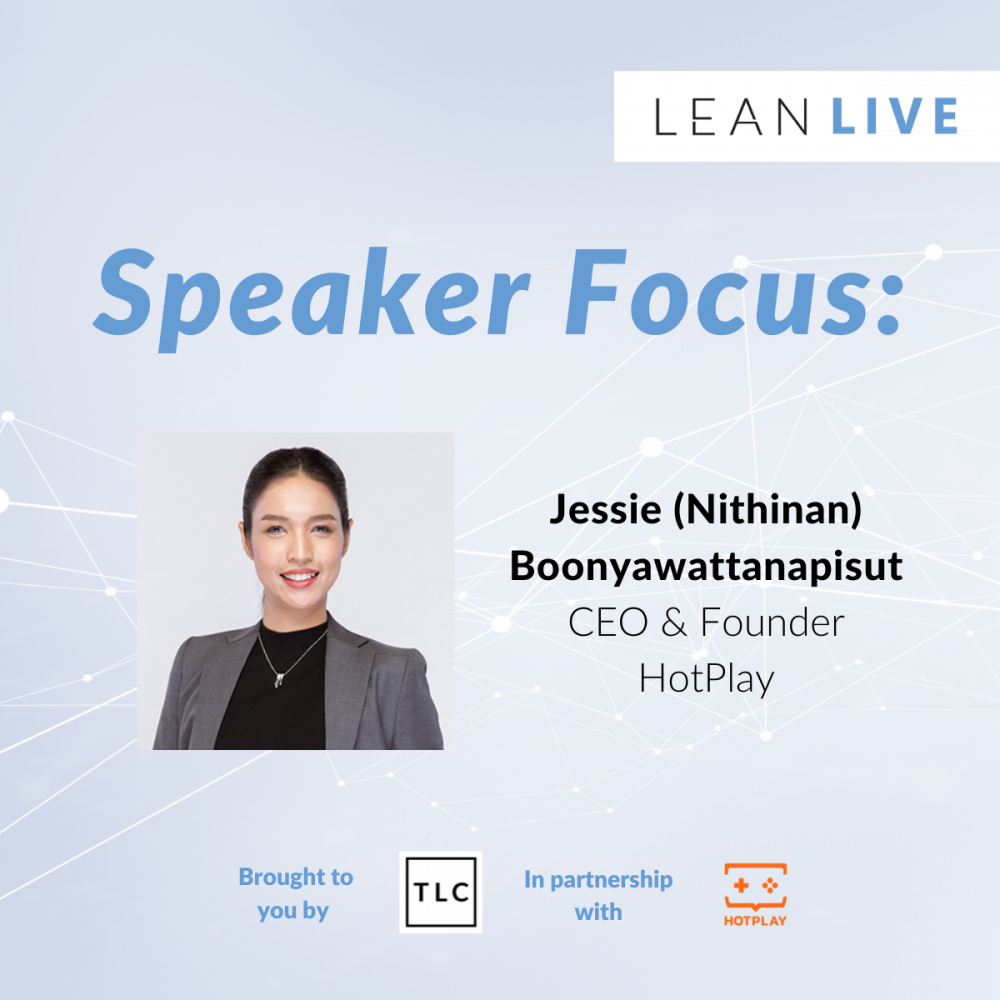 In a world saturated by screen-blocking video ads and ferocious influencer campaigns, there doesn’t seem to be much else marketers can do to connect with audiences. Jessie (Nithinan) Boonyawattanapisut, CEO and founder of one of Asia’s fastest-growing adtech companies, thinks otherwise.

And Jessie is no ordinary tech entrepreneur. Following a stint in the finance industry, Jessie went on to co-found a Shanghai-based game development studio in a joint venture with Epic Games in 2006. The company has since been known as one of the most established independent game studios in China called Axion Games. Today, Axion Games remains at the forefront of the game development outsourcing industry, and has since begun developing its own in-house game IPs.

By taking part in the game development production process, Axion Games was able to bring down the steep costs of making AAA games for some of the world’s top gaming companies—all while keeping production quality levels sky-high.

Back in Thailand, aside from launching True Axion Interactive in a joint venture with True Corporation in 2017, Jessie has since moved onto a whole new entrepreneurial endeavour that seeks to combine blockchain technology with retail and gaming. Closing its initial coin offering (ICO) in 2018, HotNow has been allocating the proceeds to create an ecosystem that offers cutting-edge digital marketing solutions to brands looking to reach the right audiences. HotPlay, a revolutionary in-game advertising (IGA) platform, is one of them.

Today, estimates peg the number of gamers worldwide at a whopping 2.9 billion—a figure that is only set to increase amid the ongoing COVID-19 pandemic. We speak to Jessie about the differences between IGA and traditional digital advertising, the opportunities IGA presents for marketers, and how HotPlay fits into it all.

The Lean Company (TLC): What makes an ad effective to you?

Jessie (Nithinan) Boonyawattanapisut (JB): An ad is effective when it manages to reach the right audiences at the right place and the right time. It’s also very important that the ad content itself is well crafted and memorable or, at the minimum, repetitive enough that it registers into the audiences’ subconscious.

Another predominant factor that people often overlook is actually the delivery method. How an ad is presented should not be so intrusive that it causes the audience to develop negative feelings about the brand, as it can easily cause all other considerations to fail miserably!

TLC: In-game ad revenue is set to exceed US$56 billion by 2024. How big is this opportunity for brands?

JB: The importance of this projection is that it foreshadows shifts in the gaming industry, both in terms of user base growth, or the number of gamers, and the shift in the dominant business model, in which we are moving from freemium games that rely on in-app purchases to generate returns to completely free-to-play games that rely solely on advertising revenue instead.

So by 2024, you will be looking at half of the global population being gamers. This opens up a whole new playing field for brands to get creative in a whole new medium; a medium that better enables brands to build meaningful relationships with their customers.

TLC: What is HotPlay doing to help brands take advantage of this opportunity?

JB: HotPlay provides a platform that enables brands to create relationships with gamers like no other. With HotPlay, brands will be able to insert their marketing messages into native content of the games in HotPlay’s ecosystem on a seamless, real-time basis. Our key feature, Coupon Ads, helps brands deliver incentives to gamers via promotional coupons that can be redeemed at both online and offline point of sales. And in our upcoming update, gamers will also be permitted to gift or trade these coupons with others, enhancing the chance that the coupons will fall into the hands of people who would actually use them, as well as allowing the brands to identify their real purchasers whom they may have missed when they launch each marketing campaign.

TLC: What do you think is the most unique differentiator between in-game advertising and traditional digital advertising?

JB: As our society gravitates from a product economy to an attention economy, or what I would call  “Passion Economy”, the emphasis is really all on consumers feeling truly connected to brands. Such connections can be effectively fostered through a multifaceted approach that leverages tactics like storytelling, interaction, constant reminder, and positive reinforcement via incentives. Generally, traditional digital advertising mediums are able to leverage only one or two of those tactics. In-game advertising, on the other hand, can leverage all of them if done right.

Jessie (Nithinan) Boonyawattanapisut is a featured guest speaker at the “Brands - Transform How You Connect with Consumers through In-Game Ads” webinar happening 29th June, 2021. Click here to register for the event.

share on
⟵ 6 Things We Learnt from Our Webinar on In-Game Ads Marketing veteran James Campbell: Adaptability the name of the (advertising) game in COVID-19 world ⟶